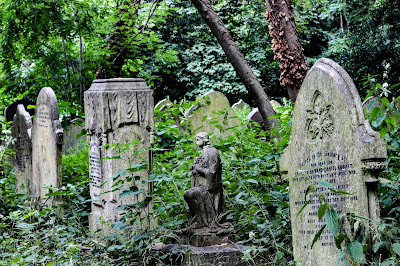 Okay, stop me if you’ve heard this one:

Bodily autonomy means every person has control over how their body is used. It’s why you can’t be forced to donate organs, even if you’re dead. By saying a fetus has a right to use a woman’s body, you’re making it so that women have less bodily autonomy than a corpse.

We’ve talked plenty about the bodily autonomy argument in general (see here, here, and also the Equal Rights Institute’s excellent analyses here), but today, I want to focus specifically on the “zinger” above, which you’ll find worded in various ways online and which always concludes with a comparison of pregnant women to corpses.

The “less than a corpse!” argument is easily refuted, for the simple reason that the premise is factually incorrect. Corpses do not have bodily autonomy.

Please note that I developed the idea for this article before the novel coronavirus dominated the news, so I will not be writing about the horrors of cancelled funerals and mass graves which undoubtedly go against the wishes of the deceased and their families. That is much too raw, and in any event, the absence of corpse rights was a reality long before the pandemic. So let’s take a mental time machine back to normal circumstances, with its expectation that your wishes around death will be honored.

It probably goes without saying that if your wishes were to require directly killing another person (“But I really, really want to share my tomb with servants for the afterlife, like an ancient Egyptian pharaoh!”), that is not going to fly. Since the pro-life position is that abortion is a direct killing, the organ-donation-from-corpses argument is already falling flat. But let’s continue anyway.

What happens to a corpse is determined by a living representative. During your lifetime, you can designate any responsible adult to be your representative. Naturally, you’ll want to select someone who shares your values and is willing to take on the task. That person then bears the moral responsibility to carry out your wishes, or if you haven’t stated them, what the person reasonably believes your wishes would have been.

Note, however, that I said moral responsibility. Legally, there is no Corpse Bodily Autonomy Authority looking over your representative’s shoulder to make sure they’re doing what you wanted. If you wanted to be buried, but the representative finds that too expensive, no one is going to stop them from cremating you instead. If you weren’t keen on donating your organs, but your representative signs off on it, you can bet your ass (and every other body part) that a hospital is going to accept those life-saving organs.

And, importantly for the abortion comparison, there are cases where the state can override the wishes of the deceased and the representative in the interest of others’ safety — such as mandatory autopsies for homicides and other suspicious deaths, even over sincerely held religious objections. This recently made the news when the state of Alabama executed Nathaniel Woods, a Muslim death row inmate. Alabama’s treatment of Woods has been criticized on many fronts, from executing him in the first place when he was merely an accomplice and not a direct murderer, to keeping his imam, Yusuf Maisonet, from being present at the execution. And then there’s what happened afterward:

Woods was pronounced dead at about 9 PM, but the injustice didn’t end with his life. It followed him into the grave after he was given an autopsy against his wishes and religious beliefs. Maisonet said that when he received Woods’ body, “he was cut up, with no one bothering to sew the wounds back up.” To the imam, this was “an act … larger than Nathaniel, it was about sending a message of intimidation to anyone who supported him.”

Woods had clearly designated Maisonet to represent his interests in death, but a lot of good it did him.

If you didn’t choose a representative during your lifetime, the state will select one for you by giving the duty to your spouse or, if you are not married, your closest relative. And if you happen to be estranged from your next of kin, things can truly go off the rails:

Jennifer Gable, an Idaho customer service coordinator for Wells Fargo, died suddenly Oct. 9 on the job at age 32. An aneurysm, according to stunned friends.

Just as shocking, they say, when they went to Gable’s funeral in Twin Falls, Idaho, and saw her in an open casket — hair cut short, dressed in a suit and presented as a man.

“I am disgusted,” Stacy Dee Hudson posted on Facebook. “A great and dear friend’s mom went to the funeral today. It was not closed casket. They cut her hair, suit on. How can they bury her as Geoff when she legally changed her name. So very sad. Jen you will be missed and people who know you know that you are at peace.”

Gable was transgender, born Geoffrey, but living the past few years as Jennifer.

To be clear, I’m not saying that what happened to Woods and Gable was right; carrying out their wishes would have harmed no one. What I am saying is that comparing their situations to the situations of people who are prevented from killing their unborn babies is ridiculous. Pro-life laws take away exactly one “right” — the pseudo-right, invented in Roe v. Wade, to kill one’s offspring in the womb. Protecting babies does not, and cannot, reduce women to the legal status of corpses.

A New Understanding of Bodily Integrity

The Case of the Imaginary Violinist

A Critique of Judith Jarvis Thomson’s A Defense of Abortion, Part IV
0 replies