On Saturday, thousands of people from all walks of life participated in marches to combat climate change. The flagship march was in Washington, D.C., and most of the marchers carried on-message signs like “There is no Planet B” and “Climate change is real,” and my personal favorite: 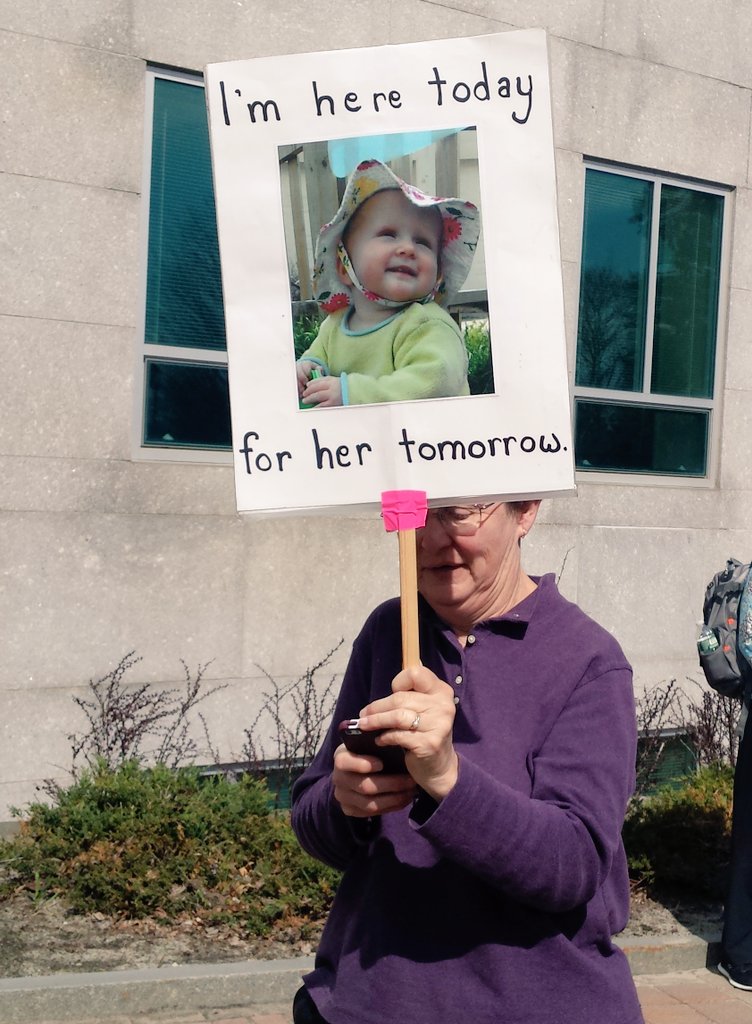 With both the pro-life movement and the movement against climate change being so concerned about future generations, you’d think we could get along. Instead, this happened:

At 15th Street, where the march began to turn north to begin the loop around the White House, the movement encountered a pro-life protester with a bullhorn. “Abortion is destroying human life,” he said.

The protesters sat on the concrete and began clapping as they steadily chanted, “My body, my choice.”

The ideological reflexes being demonstrated here are very disturbing. The pro-life movement has long been distrustful of the environmentalist movement, going back to the time of Roe v. Wade, when abortion campaigners used incorrect (and frequently racist) claims about impending overpopulation as a scare tactic. More recently, not-a-scientist-but-plays-one-on-TV personality Bill Nye, whose unscientific approach to the abortion issue is well-known, was once again in the hot seat for suggesting that parents should be penalized for having “extra” children.

But there surely were pro-lifers at the climate march too, who did not receive press coverage. Abortion and renewable energy are clearly separate issues. I care about keeping the earth habitable for future generations and I know many of our readers do too. If you believe that fossil fuel use and other human activities pose a threat to the environment, it doesn’t follow that killing humans is the appropriate solution! We desire to improve the planet for future generations; therefore, instead of resorting to violence against children in the womb, we should seek to change behavior.

I fear that politics are becoming ever more tribal, with the “tribe” determining all of a person’s positions on a wide range of issues that, once upon a time, could each be evaluated on their own merits. True, this has always been a problem (there’s a reason we have political parties), but the election of Donald Trump to the White House has intensified matters significantly. That’s bad news for the pro-life movement, the environmentalist movement, and the country as a whole. Just as our national discourse suffers when abortion is tied to same-sex marriage, it suffers when any policy debate is primarily governed by distrust of “them” on the “other side.”

Save babies. Save the planet. There is no good reason the two can’t go hand in hand.