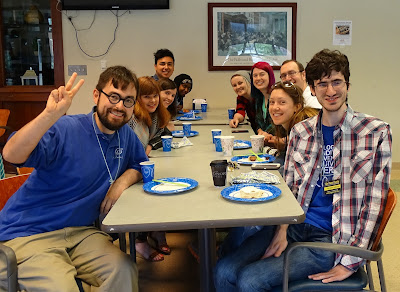 I haven’t made any new friends in ten years because I’m afraid that if I get close to anyone, they’ll find out that I’m bisexual and pro-life, and one of those things will lead them to dump me as a friend. Back in college I had more than one friend find out I was pro-life and tell me they couldn’t be friends with me anymore – not because I was trying to proselytize to them or even talking with them about the topic, but just because they found out we had different views about abortion and I guess they weren’t tolerant of that. I haven’t had pro-life friends cut ties with me because I’m bisexual, so I suppose I could try to make friends through a pro-life organization, but it seems like the ones in my area mostly consist of older and more outwardly religious people. (I’m in my early thirties and, while I’m religious, I’m also an introverted, private person who has never been comfortable around exuberant displays of faith.)

My sexual orientation and views on abortion aren’t things that would necessarily come up in the course of making friends, but they probably will eventually if I get close to someone. All the polarization around the last presidential election has left me even more pessimistic than usual about most people’s ability to be friends with someone who has different beliefs than they do. It’s been years since I’ve had someone I could call and make plans to see a movie with, much less a really good friend. I’m very lonely and would be unbearably so if it weren’t for my husband and my parents. I’ve talked with two different mental health professionals about this and neither one really had any useful ideas. Any advice you have would be very appreciated.

I’m sorry you’re going through this. I have good news and bad news for you. The good news is that there are tons of pro-lifers who are also LGBT, and even more who (like myself) are straight but accepting of LGBT people. I will be very pleased to introduce you to the squad!

The bad news is that these relationships are best cultivated through social media, because we are scattered all over the place geographically. Local friendships are a taller order.

I live in a retirement town where befriending anyone my age is a challenge, let alone finding the people my age who also happen to agree with all of my idiosyncratic sociopolitical views. My solution, which I now recommend to you, is bifurcation.

I joined a local young woman’s club that is apolitical and strongly focuses on philanthropy; think fundraising for scholarships, volunteering at Habitat for Humanity, etc. Through that, I’ve met wonderful people in my area with at least some shared values, and when I want to go out for a glass of wine, they’re my tribe. When I want to talk religion and politics and abortion and all those other “volatile” topics, I have my facebook tribe. I’ll only see members of the facebook tribe in person 2-3 times a year, like at the March for Life or at certain conferences. (Next one is the Pro-Life Women’s Conference in Orlando in June—I hope you can come!) But we talk all the time and support one another.

Of course, over time, some of my local philanthropy friends have friended me on facebook. As a result, I’m sure most are aware of my pro-life views. I neither keep them a secret nor bring them up unprompted. So far, I haven’t lost any friends over it. In fact, a couple have mentioned to me that they’re pro-life too. I know other members of the philanthropy group to be pro-choice; I don’t reject them for it, and they don’t reject me, because we’re all adults.

It sounds like you had the misfortune of meeting some incredibly lame people in college, and that sucks. Now that you are in your 30s, and people in your age cohort have had the opportunity to mature, I hope you’ll give humanity another chance. There is no shortage of people on both sides of the aisle who are sick of the political polarization and do not have friendship litmus tests. Again, I think the place where you are most likely to meet those people is in a civic or volunteerism-oriented group.

I hope that helps. Readers, if you have any further advice, please share!