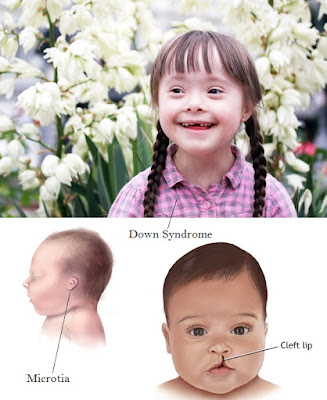 [Editor’s note: This post was originally published on July 13, 2016 and has recently been updated.]

It’s not uncommon for pro-choicers to sincerely believe that most late-term abortions are done for medically necessary reasons. After all, 97% of pro-choicers and 69% of pro-lifers support the legal option of abortion when the woman’s life is in danger. Likewise 96% and 68% support it when “the woman’s physical health is endangered” (2011 Gallup).

Claiming late-term abortion is usually done out of medical necessity may help counter the public’s overwhelming disapproval of the practice: 64% of all US citizens believe abortion should be illegal in the 2nd trimester, 80% in the third trimester (2013 Gallup). Note that second trimester is week 13 to 26; definitions of “late term” vary, most I’ve seen include anywhere from 16 to 20 weeks and onward.

Yet, to the best of our knowledge, most late-term abortions are not done for medical reasons.

This 1988 study surveyed 399 women seeking abortion at 16+ weeks. The study found women were obtaining late-term abortions instead of earlier-term abortions (i.e. reasons for delaying) because:

But, again, these are reasons for delaying abortion, not necessarily reasons for seeking abortion. This is an important distinction because, for example, a woman may have delayed her abortion because it was hard to make arrangements for it, but she may be getting the abortion due to medical necessity. If we want to know why women getting late-term abortions seek abortion in the first place, we need to look elsewhere. Unfortunately, sources discussing this seem to be very hard to come by.

(If you know of any statistics looking only at late-term abortions and women’s reasons for obtaining abortion in that time-frame — NOT reasons for delaying — please email it to info@secularprolife.org or message us on the Facebook page.)

According a 2004 study by Guttmacher, 1,160 women seeking abortion (not just late-term) gave overall reasons for obtaining an abortion at all stages (may list more than one):

The same Guttmacher study has statistics for later term abortion (13+ weeks gestation, see Table 6). According to Guttmacher, 21% of women who had abortion at or past 13 weeks were doing so for fetal health concerns, and 10% for personal health concerns. This would mean, at most, 31% of these later term abortions were for health reasons. In other words:

At least 69% of 13+ week abortions are not done for fetal or maternal health concerns.

But in fact the percent of elective abortions will be higher than 69% because in some cases the same woman who had personal health concerns also cited fetal health concerns, meaning there is overlap between these two groups. Furthermore the 69% figure relies on a heavily generous interpretation: it assumes health concerns always equal medically necessary abortions. As the study explains:

Women who felt that their fetus’s health had been compromised cited concerns such as a lack of prenatal care, the risk of birth defects due to advanced maternal age, a history of miscarriages, maternal cocaine use and fetal exposure to prescription medications. Concerns about personal health included chronic and life-threatening conditions such as depression, advanced maternal age and toxemia. More commonly, however, women cited feeling too ill during the pregnancy to work or take care of their children.

Follow up: More evidence that most late-term abortions are elective

Editor’s note: a previous version of this article incorrectly stated that Guttmacher finds at least 75% of 13+ week abortions are for non-medical reasons. The 75% figure is for all abortions, not only abortions after 13 weeks. We have corrected the figure for 13+ weeks to the 69% minimum based on the Guttmacher report.

It’s their fetus to tweak.