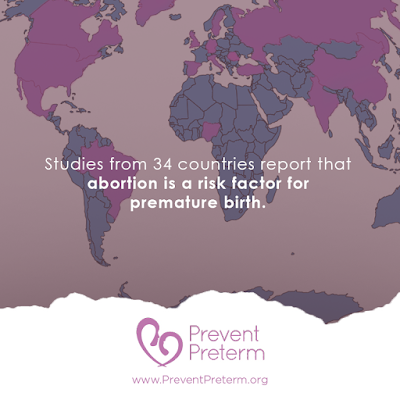 This past June, Secular Pro-Life launched Prevent Preterm, a campaign to educate future parents about three preventable causes of premature birth. Two, tobacco use and lack of prenatal care, are uncontroversial. The third is a history of abortion.

The evidence that abortion is a risk factor for premature birth in subsequent pregnancies is overwhelming. Over 100 peer-reviewed studies support the claim (and they are cataloged for your convenience here). Premature birth after abortion occurs around the world, as demonstrated by studies from 34 countries, including nations with little or no abortion stigma such as China. A dose-response relationship is documented: the more abortions a mother has had, the greater the likelihood of premature birth. The link appears despite controls for the mother’s age, socioeconomic status, and medical history. And in several studies, researchers stumbled upon data corroborating the abortion-premature birth link in the process of studying different potential risk factors.

That would be one hell of a conspiracy to pull off.

But all the evidence in the world doesn’t matter if women don’t hear about it. This is not a popular cause, and the media is not going to educate the public. It’s on us.

We will run facebook advertisements throughout the month, but our budget only goes so far. We’re counting on you to boost our reach by sharing Prevent Preterm graphics with your friends.

Your mission, should you choose to accept it: