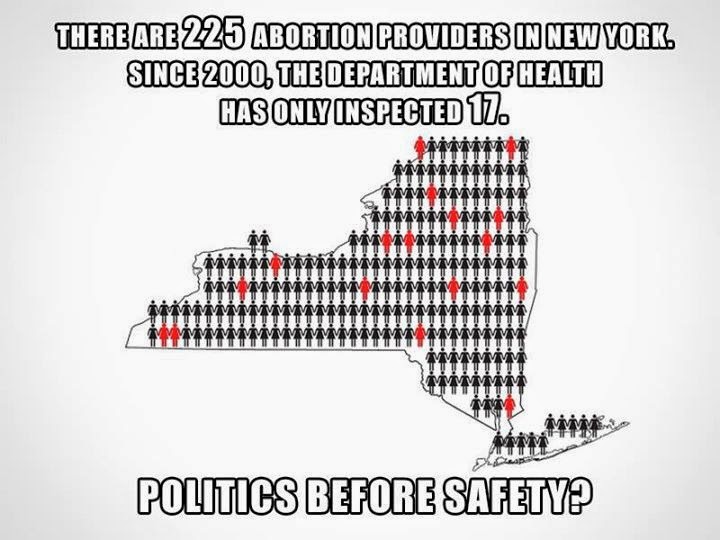 On Monday, the New York Post published an article entitled “NYC’s tanning salons inspected more regularly than abortion clinics.” The Post describes this discovery as a “bombshell.” And for those who haven’t been paying the slightest bit of attention to the abortion industry and its lobby, I suppose it is. For myself, the only source of surprise was seeing this get media coverage outside of the pro-life blogosphere. Nice job, New York Post.

New York City may not have a desire to inspect its abortion facilities, but it is very interested in policing the interactions that pro-life pregnancy centers have with the mothers who come to them for pregnancy tests, sonograms, counseling, diapers, and other assistance. The City has spent who knows how much money defending its unconstitutional anti-pregnancy-center law in court for the past three years.

Most of the legislation that NYC passed to regulate pregnancy centers has been struck down by the Second Circuit Court of Appeal, who noted that the law was not tailored to address any legitimate state interest. (No woman has ever had her uterus perforated, had pieces of her dead fetus left inside her, or hemorrhaged to death at a pro-life pregnancy center. The same cannot be said for those under-regulated abortion facilities.) But the court did allow a small portion of the law to stand, and the pregnancy centers are appealing that decision to the Supreme Court of the United States.

Yesterday, New York City pregnancy centers won a small victory when the Second Circuit agreed to issue a stay. This means that during the many months it may take to obtain a response from the Supreme Court, no part of anti-pregnancy-center law will be in effect. They will be able to go about their business as usual, providing New York women with an alternative to under-regulated for-profit abortionists.

These two stories, coming just a day apart, highlight the utter insanity of New York’s pro-abortion mindset. They also highlight which side is really pro-woman. Actions speak louder than words. If the government of New York City can find the money to fund biannual inspections of tanning salons, surely it can find the money to beef up regulation of its abortion facilities. Might I suggest dropping their vendetta against pro-life pregnancy centers and redirecting some of the legal budget?

No, I am not interested in “punishing” women for having sex
Scroll to top