[Today’s piece, by Eleanore S., is cross-posted from her blog Naturally Pro-Life.]

I recently happened upon this post at “The Abortioneers,” a blog that chronicles the experiences of various people who work directly in the abortion industry. This particular writer was working at an abortion clinic in the South at the time Hurricane Katrina hit, and is now living in a “large metropolitan city” that was also just hit by a hurricane. (I’m guessing she is in D.C. and is talking about Hurricane Irene, which hit the East Cost on the last weekend of August – although the post doesn’t specify.)

In the post, she expresses regret that natural disasters sometimes force women to miss their abortion appointments because the clinic can’t open or they can’t get themselves there. She describes ways in which her clinic still tried to help such women, by rescheduling their appointments and offering to “freeze” the fee for the procedure until they could come back, since abortions are more expensive the further along a pregnancy is. Yet, she acknowledged, waiting an extra week could mean that some women would end up being too far along to legally have the procedure.

Let’s forget for a moment the fact that there are legal ways for a woman to get an abortion in the U.S. at pretty much any time during pregnancy, so technically she would never be “too far along.” Instead, let’s consider the following remark that the writer made about such women:

My heart breaks for any woman who tried to get an abortion this past weekend and will now have to carry to term.

Now hold on a minute. A pro-choice person, arguably one of the most passionately pro-choice out there because she has actually worked in the abortion industry, is actually stating on record that there are women who are going to end up having their babies in a few months because a hurricane prevented them from going to their abortion appointments?

Doesn’t that directly contradict one of the most widely-touted pro-choice talking points? Namely, that if abortion isn’t available, all women who would have sought one will definitely try some kind of dangerous self-abortion procedure instead?

If that’s really true, why isn’t she predicting that all those women trapped by the ravages of Irene will be so desperate to end their pregnancies that they will use coat hangers on themselves once they manage to take shelter? If a legal barrier is supposed to guarantee that women will do this, why wouldn’t the same be true of a logistical barrier?

The real truth is, many women are ambivalent about their abortions, largely because others are often pressuring them into the decision. In fact, they are sometimes so ambivalent that they decide to leave it up to “fate” to make the decision for them. I can’t tell you how many stories I’ve heard of women who found out that there weren’t abortion appointments available, or ran into a friend who said she’d help with the pregnancy and child care, or any number of circumstances that they decided to take as a “sign” that they shouldn’t have the abortion.

The former clinic worker even acknowledged this point within the same blog post:

I wonder if they see this Hurricane as a sign that they were not meant to abort?

For the sake of all of those precious women, who have already been through so much, and for the sake of the precious children they’re carrying, I sure hope that this pro-choice writer was right. 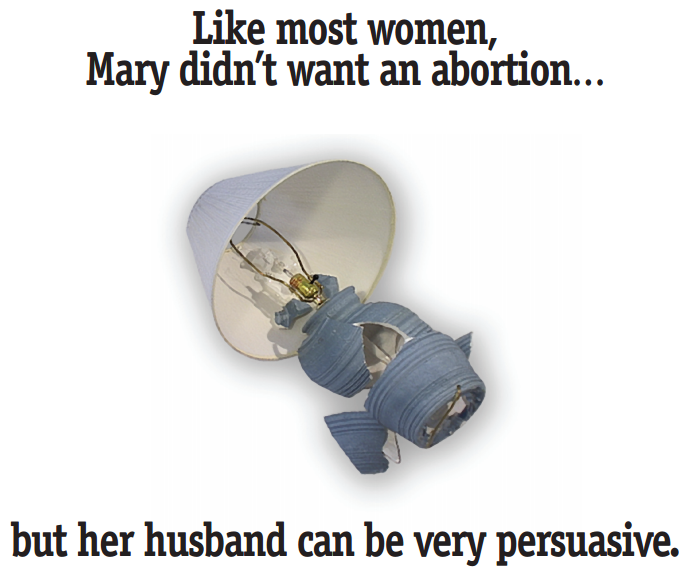