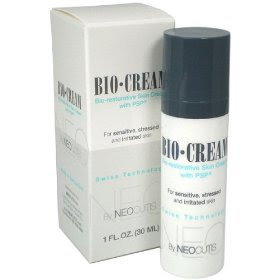 This came out back in October, but I only just learned about it and feel it’s important enough to share. The key ingredient in several of Neocutis’ anti-aging products is protein from an aborted baby.

Neocutis . . . has developed a line of anti-aging products that include an ingredient the company has trademarked as Processed Skin Cell Protein, or PSP, developed from skin cells harvested from an abortion.

World Net Daily is better known for its evangelical conservative bent than for its accuracy, but in this case they’ve cited their source: Neocutis’ own website.

Through years of research, physicians discovered fetal skin has a unique ability to heal wounds without scarring. Inspired by this, medical researchers at the University Hospital of Lausanne, Switzerland created a biotechnology process to extract the rich proteins responsible for scarless wound healing from cultured fetal skin cells. A small biopsy of fetal skin was donated following a one-time medical termination and a dedicated cell bank was established for developing new skin treatments. Originally established for wound healing and burn treatments, today this same cell bank also provides a lasting supply of cells for producing Neocutis’ proprietary skin care ingredient Processed Skin Cell Proteins (PSP®). No additional fetal biopsies will ever be required.

Children of God for Life, which is leading the boycott, is understandably unsatisfied with the company’s statement. They make some good points in the article. I’d like to add no fetal biopsies were EVER “required.” Neocutis conducted one not for some life-saving medical purpose, but to create a product that re-inforces unrealistic standards of beauty. One anti-feminist act–abortion–has led to another.
It’s telling that no mother would donate a miscarried child’s body for this experiment; it had to be an aborted child, whose dignity was already rejected. While it’s unfortunately too late to save the baby whose remains are being used in Neocutis skin cream experiments, a boycott will discourage other companies from following the same path. Do your part by contacting Neocutis and letting them know that you will not be giving them your business!