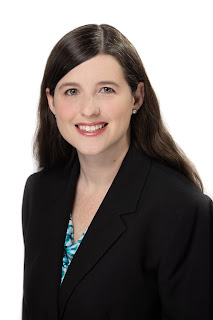 Pro-life Catholic reporter Christine Rousselle recently interviewed Kelsey Hazzard (pictured), the president of Secular Pro-Life, for an article in the National Catholic Register about the upcoming Dobbs case at the Supreme Court. An excerpt from that article appears below.

This December, the
U.S. Supreme Court is set to hear arguments in the abortion case Dobbs v. Jackson Women’s Health Organization. Many legal experts say it presents the most momentous test yet of Roe v. Wade, the 1973 decision that legalized abortion nationwide. At issue is the constitutionality of Mississippi’s 2018 law banning most abortions after the 15th week of pregnancy.

As with any high-profile Supreme Court case, dozens of amicus curiae, or “friend of the court,” briefs have been filed both in support of and in opposition to the Mississippi law.

Kelsey Hazzard, an attorney and the founder and president of the group Secular Pro-Life, is one of the signers of an amicus brief supporting Mississippi’s pro-life law. The brief argues that women’s “social, economic, and political opportunities” were already increasing before Roe, and that abortion is not necessary for women’s socioeconomic success

The following is a transcript of CNA’s interview with Hazzard. It has been edited for length and clarity.

Tell me about yourself. What is your personal and faith background? How did you come to the place where you are professionally?

I grew up attending a United Methodist church, which is officially a “pro-choice” denomination. Abortion was never discussed, from the pulpit or anywhere else. As a result, the pro-life position was not framed as “religious” for me. Once I was old enough to understand what abortion was, I came to the pro-life movement simply by applying my general values, e.g. sticking up for the “little guy.” When I left Christianity for unrelated reasons (it just stopped making sense to me), my pro-life position was unaffected because it was always secular.

The amicus brief lays out an argument that, contrary to the Court’s ruling in Roe v. Wade, abortion has not facilitated women’s advancement and, in fact, has hurt women. Can you walk me through the brief’s argument and evidence?

In Planned Parenthood v. Casey, the Supreme Court said that even if Roe was wrong, it couldn’t correct its deadly error because American women had come to rely upon abortion for their professional advancement. This is the infamous “reliance interest.” And yet in the decades since Casey, abortion rates have plummeted dramatically while women have enjoyed ever-increasing gains in the workplace. Forget “correlation does not equal causation”—they don’t even have correlation!

As a professional woman myself, the fact that the highest court in the land attributes my success to the mass slaughter of preborn babies fills me with disgust. That is the polar opposite of my values, and I deserve credit for my own hard work.

Study: Women explain their abortions more in terms of religion and motherhood...

An Open Letter to a Young Texan
Scroll to top