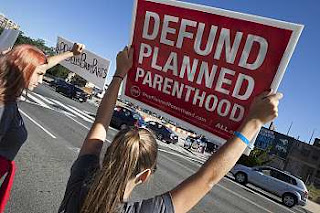 Three Planned Parenthood clinics located in Vacaville, Pittsburg, and
central Richmond, California are scheduled to be shut down this summer. This
news comes shortly after the release of the organization’s annual report which showed
a sharp decline in services such as cancer screenings, STD testing, and
contraceptive care. Prior to closing, the Pittsburg location was open only a
few days a week because of the absence of patients.

Planned Parenthood Northern California’s spokeswoman, Miriam Gerace
explained to The Sacramento Bee that
the clinics are shutting down largely due to low Medicaid reimbursement rates. As
a result, State Treasurer John Chiang announced lawmaker’s plans to allocate
$20 million dollars to local reproductive health clinics. “The Community Clinic
Lifeline Grant Program,” his office says, “will help small or rural nonprofit
clinics, including Planned Parenthood clinics, keep their doors open and
provide critical services,”
PPNC is specifically shutting urban centers because they admit that
their patients there already have other nearby clinics to rely on. According to
Gerace, the organization is planning on expanding their services at rural
clinics.
Pro-life leaders in the state believe that much of the reason for these
clinics closing is due to an increasing popularity of affordable, comprehensive
healthcare providers that offer reproductive health services. There are over 35
Federally Qualified Health Centers within 10 miles of these three clinics. In
fact, in the Vacaville location, there is a competing, accessible provider in
the same building!
Planned Parenthood is showing signs of hurting even in states with
allied politicians. While they lobby, we will continue to support nonviolent
health clinics for the people that need them. We encourage you to donate to authentic women’s healthcare at https://www.fundwomenshealth.com/.

Responding to “My Body Is My Own” Video
0 replies

Show Solidarity with Ireland to #SaveThe8th

The good, the bad, and the ugly in the Senate health care bill
Scroll to top