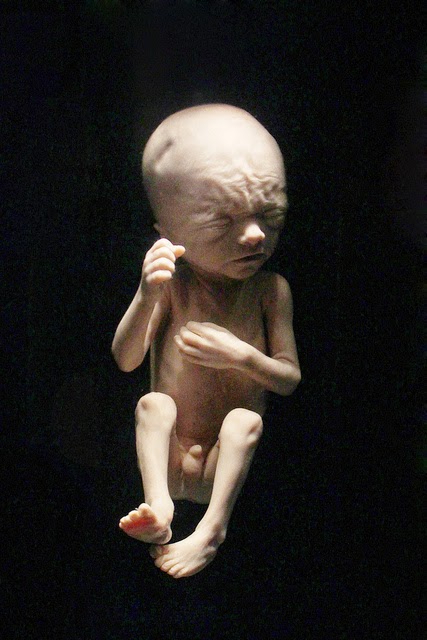 A while ago, I started an audience participation post entitled “Working It Out”, the first in a series of posts putting forth basic questions to both sides of the abortion debate. And we certainly got audience participation! We received over 700 comments on our blog page alone, and the question was discussed in various other forums.

For details about how the series of posts work, please visit here for the original post.

Here I will discuss some good points that were presented, as well as my thoughts. In this post, there will be follow-up questions that I would love if you addressed! Here is the statement we discussed:

Scientific information about fetal development does not answer the question of the worth of the fetus.


Now one thing that quickly became apparent to me was that people–especially on the internet and while talking about controversial issues–do not naturally take things at face value. A large number of comments read the statement as “science can’t dictate morality” and began commenting on that premise. I found that so many people leaped to this interpretation to be fascinating. However, I took care to not use the word “morality” while crafting the post. So many people began talking about science and morality, in fact, that I was convinced I must had accidentally dropped the “m-word” accidentally somewhere in the post. But I didn’t!

In my opinion, “value of the fetus” and “morality of abortion” are two completely different things–but I could be the only one thinking this.

Commenter “ignorance_is_curable” on the blog made the point (edited heavily for the sake of room):

It doesn’t matter in the least if you think human beings have “innate worth”, if you can’t actually prove such a thing truly exists…that is, the whole concept of “innate worth” should be proven to exist, before anyone can say, “this entity has innate worth”… So far as I’ve seen, no one has offered any evidence that innate worth exists for anything. And do remember, the claim that it exists is the sort of “positive claim” that puts the Burden of Proof on the claimant.

This strikes me as a reasonable point, and one that matches well with my atheist sensibilities. What do my fellow atheists think about this?

Of course, don’t pro-choicers ascribe innate value to adults, and particularly to women? Indeed, isn’t their value of pregnant women so high that they believe it’s acceptable to abort the fetus with no say from anyone else but herself? What about in the case where an unborn fetus is wanted? That strikes me as quite a large amount of value, however undefined “value” may be. Secular people often stand up for various human rights causes–aren’t we putting value on people then?

EdinburghEye (another pro-choicer), said the following (again, edited for the sake of space):

That prolifers think the morality of abortion is determined by how much “worth” can be allotted to a fetus, and literally don’t understand that for most normal people the morality of abortion is determined by the effect of the pregnancy on the human being who is pregnant…for human rights activists, obviously, the ethics of abortion are around the right of each human being not to be forced, used, enslaved, or harmed at the will of another.
But you don’t have to be a human rights activist, just a normal person who knows women are human, to see that pregnancy is an action undertaken by a human that can permanently change her health, her wellbeing, her life.
Yet for prolifers, human health, human wellbeing, human life, are never discussed except with regard to fetuses. The girls and women they want to force do not exist.

The points this person brings up here I think raise a large concern that I and many other pro-lifers have about our own movement. Pro-life advocates who are heavily involved in the movement, and particularly those who are involved in the pregnancy resource and/or post-abortion aspects of the movement, clearly do not have an attitude that women “do not exist.” But what about the “average” pro-lifers who are less involved? Are we giving them an adequate feminist education? While I think that EdinburghEye is painting with a rather large, broad brush, it’s still an important point to bear in mind. Pro-life advocates should always be careful not to dehumanize the woman due to a bias toward the fetus.

However, on the other hand, pro-lifers think that abortion always ends a human life. I simply cannot see how a pro-choicer can deny that, if we take out any never-ending discussion of “personhood”. It’s a human life, and it is ended, for a variety of reasons that range from inconvenience to risk of severe quality-of-life impacts on the woman. I’m not saying that this fact ends debate or even puts pro-lifers in the right, but if this is how pro-lifers view the act of abortion, is it not unreasonable that they would at least favor the side of the fetus a little? Again, understanding how pro-lifers see the issue, do pro-choicers really see it as an intentional dehumanization rather than a step in logic on the part of the pro-life position?

The question is, do pro-lifers take it too far? I would have to say that at times yes, we do. Black and white thinking about the act of abortion and our reason for being pro-life can make us blind to the reasons why women seek not only abortion but control over their bodies. I know that for myself, despite having done almost a decade of pro-life work, it took a worldview change and feminist theory to actually make me understand the severity of situations that women face, not only around the world but right here in our own country, and thus for me to pause at my rather large assertion, “Abortion is always wrong.”

And, sadly, this post is already getting long! Was there a comment from someone on the other side that you found insightful and thought-provoking? Share it in the comments!